How To Get To Vietnam

There are a number of different ways to travel to Vietnam, depending on where you are coming from and how you like to get around with transport.

There are a lot of different airlines that fly to Vietnam from all over the world. There are two major international airports in Vietnam; Tan Son Nhat Airport (SGN) in Ho Chi Minh City in the south and Noi Bai Airpot (HAN) in Hanoi in the north.

In the centre of the country is Da Nang International Airport (DAD) in Da Nang, which receives a smaller number of international flights.

Direct flights to Vietnam from Australia, Europe and North America are still limited, but it is improving. You will most likely have to book a flight with a stopover in either Hong Kong, Bangkok, Kuala Lumpur, Seoul or Singapore.

There are many domestic airport scattered among the country. Vietnam Airlines is Vietnam’s national carrier.

We have flown with them several times and they are amazing. We find Google flights is a great search engine to find the cheapest flights on the web.

North America to Vietnam will take you around 16 hours. At this stage there are no direct flights to Vietnam from North America. Apparently there is talk about it for 2018 from either San Francisco or Los Angeles, but lets wait and see. If you are flying from the United States or Canada, check out China Airlines, Emirates, Korean Airline, China Southern, Japan Airlines, All Nippon Airlines, Cathay Pacific, EVA Air, Qatar Airlines, Jin Air and Asiana Airline.

Australia to Vietnam will take you about between 8 – 14 hours depending on your route. For daily direct flights to Ho Chi Minh City, you can find them with Vietnam Airlines and Jetstar from Sydney or Melbourne. At this stage there does not seem to be any direct flights to Hanoi from any city in Australia. You will have a stopover either in Kuala Lumpur, Singapore, Bangkok, Hong Kong or HCMC (if you are going with Vietnam Airlines). You can pick a great deal with Air Asia, Scoot or Jetstar but do beware that these are budget carriers and luggage may not be included.

Other countries in Asia to Vietnam you have a lot more options flying direct and you can fly to smaller airports within Vietnam. Check out Vietnamairlines.com, Scoot.com, AirAsia.com, Vietjet.com and Jetstar.com for great deals. From major airports in Asia such as Bangkok, Singapore, Kuala Lumpur, Manila and Beijing, you can get to Hanoi or HCMC for less than $50USD.

You can cross into Vietnam by train from China. You can get the train all the way from Beijing ending at Ping Xian. This is the Dong Dang Crossing which is 160km from Hanoi.

If you do the train trip from Beijing through to Hanoi, it will take 36 hours so best to book a sleeper. Make sure you have your visa organized before getting to the border.

You can bring your own food and drinks for the train or purchase them from the cafeteria on board. There are squat toilets on board and areas to store your luggage. If you are doing this trip, here is a great article to help you with your journey.

You can take the 'longest train journey in the world’, starting or ending in Ho Chi Minh City. You can take trains from Lisbon in Portugal all the way to Vietnam by train hopping.

You can get to Hanoi or Ho Chi Minh City through either the Cambodia, Laos or China borders. There is a route from Vientiane (Laos) to Hanoi, and one from Siem Reap or Phnom Penh to Ho Chi Minh City.

Most travel agents in Vientiane, Siem Reap or Phnom Penh will sell the tickets or at your accommodation. You can get a mini van from Guangzhou through to Hanoi also. Make sure you have your visa ready the border crossings by land may not be set up as well as others. 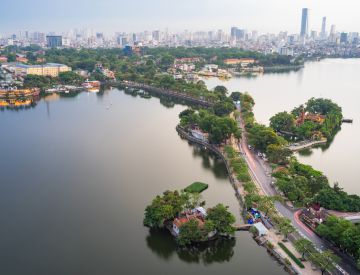 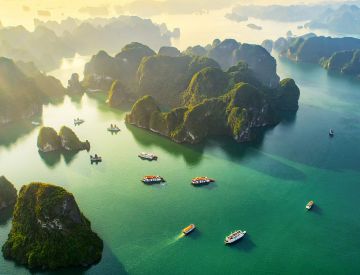 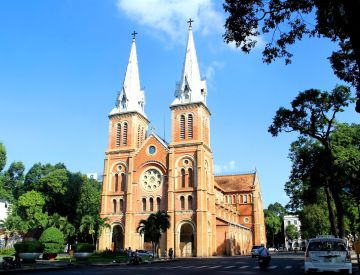 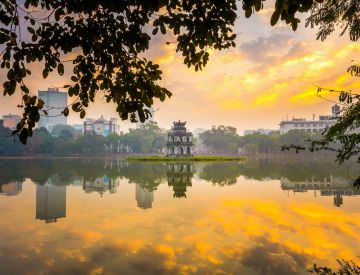 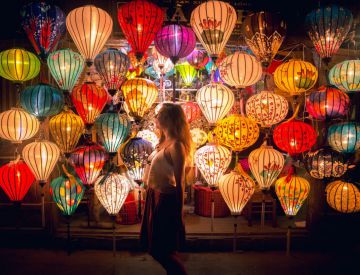 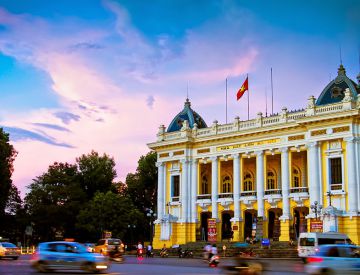